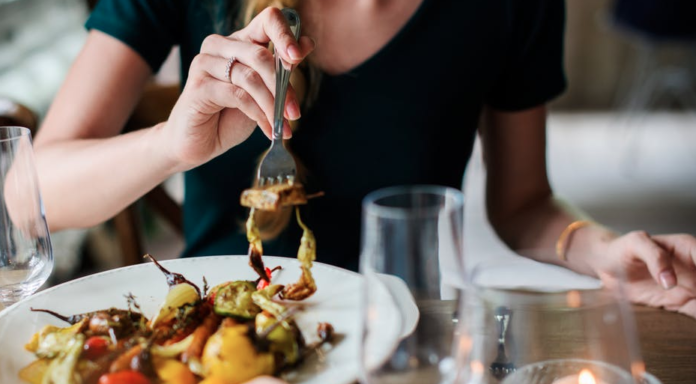 Veganism has risen to new heights in the last three years, bringing the demand for vegan and vegetarian food up 987% in 2017. This means more people are opting for cruelty-free diets, in exchange for a considerably healthier and leaner lifestyles. However, many experts believe that although there are a number of health benefits to cutting out red meat, a green diet is still believed to be unable to keep up with your body’s changing needs. For novice vegans, this general worry is worsened by the idea that vegans are somehow prone to sickness, lethargy, and excessive weight loss compared to their omnivore and vegetarian counterparts.

Many vegans however are not letting antiquated facts, often put forth by conventional nutritionist, rain on their parade–the same individuals who also claim that milk, cheese, and yogurt are of great nutritional value despite studies proving otherwise. Still, with the knowledge of the adverse effects of dairy, including common digestive and intestinal issues, many simply can’t shake their addictions to lactose-rich foods. Why?

Eating clean doesn’t seem like much fun, or at least that’s the common consensus.

“ Despite what many non-vegans believe, being vegan isn’t a huge sacrifice, a practice of suffering and not being able to eat anything good. Actually, being vegan is really fun,” author Leo Babauta stated on behalf of his 7-Day Vegan program, a step-by-step plan in becoming a vegan. “ You get to try new recipes, learn about new ethnic cuisines, learn about nutrition, and new weird vegetables and grains.”

According to a 2017 study by the University of Florence, vegans are also enjoying longer and fuller lifespans. Most vegans who maintained a balanced diet of carbohydrates, fats, sugars, and protein– all markers of an enjoyable and diverse diet, had healthier intestinal tracks, gentler menopause symptoms, and lower stress levels. In other words you can eat clean, and be far from miserable. Celebrity Chef Chloe Coscarelli, knows this too well as the winner of the Food Network’s 2010 Cupcake Wars. Coscarelli became the first vegan chef to ever win the competition, thanks to her artistry and faith in the future of vegan cuisine. The 30-year-old restaurateur now owns a number of vegan joints, appropriately titled By Chloe, which prepares a lot more than fancy vegan cupcakes, but mac n’ cheese, burgers, salads, and shakes.

“It has to taste good,” Coscarelli said to The Miami New Times. “ Lucky for me and other vegan chefs, there are so many great ways to make vegan food taste delicious.”Taking a page of Coscarelli’s cookbook so to speak, the best way to consider veganism, or to maintain a vegan lifestyle is to plan-well and to eat adventurously.  According to I Love Vegan.com, “ There is little risk of deficiency in a well-planned vegan diet,” meaning you don’t have to sacrifice taste, or variations of the food you love, in order to be in prime health.

Remembering 5 Inspiring Activists Who Have Passed in 2018