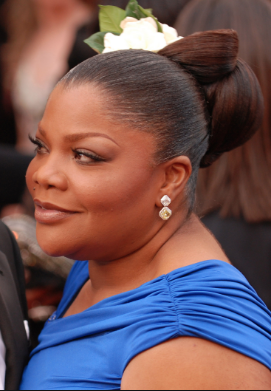 In recent months, Hollywood has been up-in-arms about the state of the ever-present gender bias and sexual abuse controversy. With no end in sight and a new sexual assault accusation bubbling to the surface almost weekly, advocates of recent anti-sexism movements want answers. The latest story is luckily not of the lascivious kind, but still raises questions about the extent of gender-bias in Hollywood.

In late January, Academy Award winning actress and comedian Monique Angela Hicks, AKA “Mo’Nique” made claims that Netflix attempted to low-ball her for a proposed comedy special, set to film sometime this year. The actress reported that fellow industry powerhouses like Amy Schumer and Dave Chappelle received more for their specials, with Schumer raking in a reported $2M and Chappelle earning an estimated $20M.  In a publicized response, Netflix asserted that the dollar amount of $500,000—initially offered to Mo’Nique— was a reflection of how much she was likely to amass in revenue. Insulted, the comedian took to social media to ask her supporters to boycott Netflix “for gender and color bias.” The actress procured a tidal wave of responses via social media,even garnering the attention of legendary comedian Wanda Sykes.

“ Thank you for speaking out. Netflix offered me less than half of your $500K,” Sykes said in a Tweet on January 20th, “ I was offended but I found a new home at Epix.”

The tweet was reposted and favorited over 11,000 times, giving rise to Mo’Nique’s message of gendered and racial inequality. Considering this, as well as several other high-profile testimonies including that of Natalie Portman and Jennifer Lawrence, it’s understandable why Mo’Nique felt slighted by the obvious compensatory gap. Still, whether you agree that Netflix acted in a discriminatory manner or simply with regard to harsh business politics, the controversy leads many to wonder how deep the layers of discrimination are in Hollywood, and what we can expect in the future in terms of a viable solution towards equality.

The answer to that question is of course very multifaceted and requires a thorough examination of the powers that hold within the industry, as well as legal loopholes that permit indiscriminate pay and sexual assault to go unchecked.  However, advocates of social-media powered advocacy groups like #MeToo, and the Silence Breakers movement, claim that social media has done wonders to foster conversations of accountability and is in fact, procuring change by way of public shaming and female star-power.

The #MeToo movement was born of the Harvey Weinstein allegations, claiming that the defamed Hollywood director sexually assaulted over 80 women in October of 2017. Since then, the #MeToo movement has taken on multiple incarnations, even becoming the catalyst to a proposed bill that is to expedite sexual assault complaints made against congressmen and other people in places of political power.

As of January 2018, The hashtag transformed into an anti-sexual assault and sex-abuse prevention initiative, called #MeTooK12, meant to teach children in elementary and grade school how to prevent, report, and deal with instances of sexual assault.

Actress Alyssa Milano, one of the originators of the #MeToo hashtag, has recently partnered with Time’s Up, to further the core initiatives of the #MeToo movement and to institute widespread change. Time’s Up has already massed a 13 million-dollar fund to lobby legislation to create financial consequences for companies that regularly tolerate sexual harassment, as well as provide legal counsel for all women in the workplace who cannot otherwise afford it. Time’s up is also working to expose Hollywood’s pay gap, by calling women like Mo’Nique to speak up against discriminatory practices and to shame their male counterparts in being complacent in the pay gap system–Marc Wahlberg being the first to offer up $1.5M to the Time’s Up legal fund, after reports surfaced that he was paid said amount to reshoot scenes from a current project in which his female colleague received significantly less.

It is safe to say that discrimination in Hollywood  has leaps in bounds to go before the industry can claim complete impartiality. But Hollywood’s female elite are hopeful.