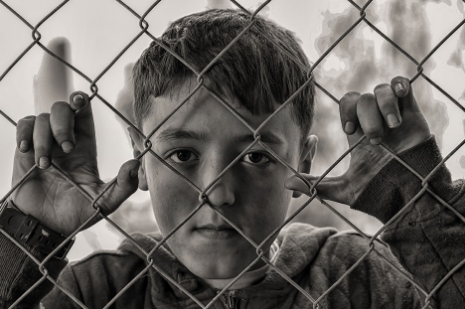 Imagine arriving to a new land where everyone looks and talks differently. Now imagine being no more than three or four-years-old, grappling with the idea that you’re a long way from home, coupled by the sudden and unexplained departure of your mother and father. Imagine eagerly awaiting time in the sun– a measly two-hours worth of fresh air– while the rest of your days are spent behind a metal cage, until maybe, possibly you are reunited with someone you recognize. This is the reality of millions of petrified children in detention facilities, in and around the Texan Border. Similar facilities have also erected in the mid west, and in areas of the east coast like New Jersey, New York, and Pennsylvania, where thousands of children are herded into shared living quarters among dozens of others. There, the minors are forced to fend for themselves, some older children learning how to become babysitters, mothers, and caretakers in the process.

Despite controversy, Trump still stands behind a facade of concern. Reports reveal that the president and his cabinet sanctioned the separation of families, to deter future immigrant families from seeking refuge in the United States. According to Washington Post, President Trump referred to a “Democratic Law,” on Friday which supposedly legally binds officials to carry out the separation procedures.

Subsequent reports prove however, that there is no democrat-backed law that necessitates the separation of families. The fact remains that Democrats have long lobbied for better treatment of immigrant children visa-vie the monumental Flores vs. Reno case, which was to ensue a number of important changes. One of which to plainly outlaw the detention of children for long periods of time, and in fact instructs for the speedy return of immigrant minors to family members within their mother country, if the children can not be reunited with their parents in the states.

However these laws remain on questionable ground, since the affairs of child immigrants were forfeited over to Department of Health and Human Services’ Office of Refugee Resettlement, after the events of 9/11. That is not to say that these laws don’t exists but that the switch hasn’t entirely been seamless, causing a lot of children and families to fall through the cracks, due to varying interpretations as to what families constitute asylum seekers.

The GOP has yet to offer a course of action, or a long term solution to remedy this crisis, save for a proposed bill which simply does not address the separation issue. In fact, the document permits the detention of children under the assumption that it will deter parents from posting bond and leaving the country without seeing their day in court.

Remembering 5 Inspiring Activists Who Have Passed in 2018