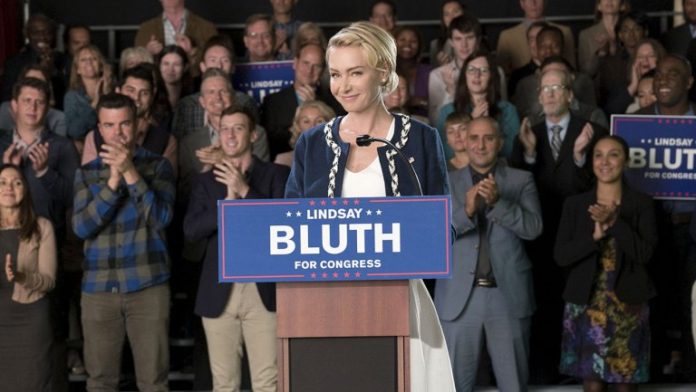 [This story contains spoilers for the fifth season of Netflix’s Arrested Development.]

When Arrested Development’s fourth season dropped on Netflix in 2013, Lucille (Jessica Walter) and George Bluth Sr.’s (Jeffrey Tambor) story included a ridiculous yet believably Bluthian plot about how the couple wanted to build a wall on the U.S.-Mexico border.

Unfortunately, the five years in between seasons had an unexpected consequence. In 2015, Donald Trump declared his intent to run for president — and made it clear he wanted to build that very same wall.

With that storyline no longer a hypothetical “what if,” the Arrested Development writers faced an unusual conundrum for the recently released fifth season: How do you handle a joke when the now-president has made something you tossed out as a lark one of his key rally points?

Complicating matters was the fact that Portia de Rossi — whose Lindsay Bluth-Fünke was primed to run for office at the end of season four — was only available in a limited capacity following her semi-retirement from acting. “Portia was not as available to us as she was going to be…