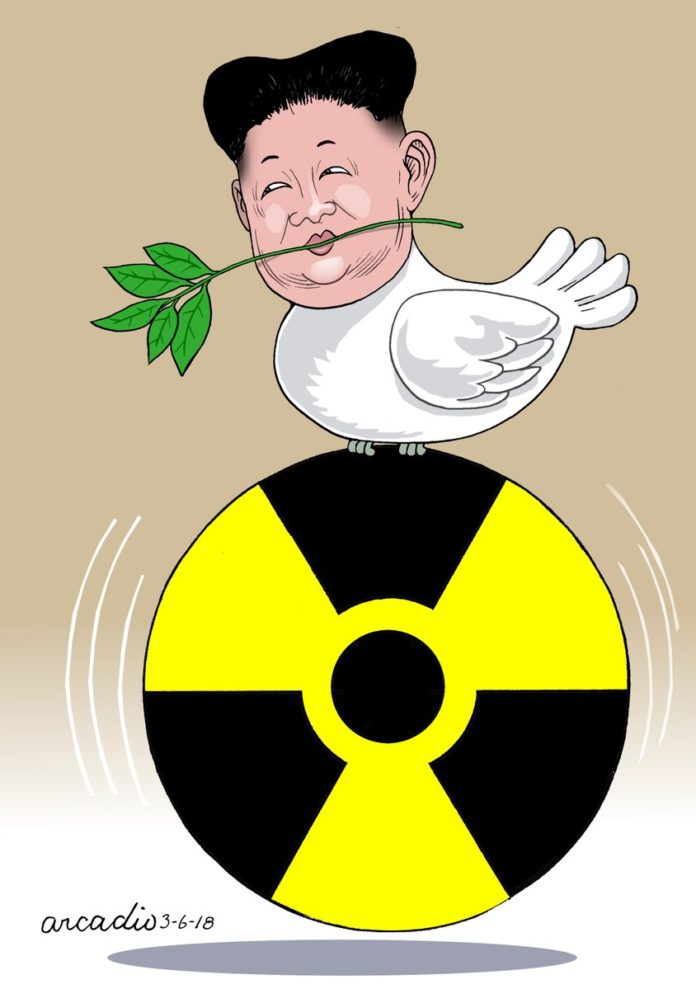 President Trump announced last Thursday that he is organizing a sit-down with North Korean leader, Kim Jong Un to begin discussions toward diplomatic peace. The news broke after South Korea’s security advisor, Chung Eui-yong, payed a visit to the West Wing on behalf of the North Korean dictator on March 8th. The verbal invitation detailed plans to halt missile testing and to hopefully put an end to North Korea’s nuclear projects all together.

Although peace negotiations is believed to be the first step in mitigating speculation of nuclear war, the announcement still comes as a surprise to most, considering President Trump and Kim Jong Un’s volatile rapport as early as late January. Despite their troubled past, South Korea’s security advisor confidently reported that “ President Trump appreciated the greeting and said he would meet Kim Jong Un by May to achieve permanent denuclearization.”

Still the prospect of peace is not one that inspires much confidence in some officials, who claim that peace relations between the US and North Korea has not fared well in the past. Most pointedly in 1994, President Clinton and Kim Jong Un’s predecessor Kim Jong II, agreed on freezing North Korea’s illicit Plutonium weapons program, which later failed in 2002. Further investigation proved that North Korea was secretly engaged in illegal dealings with Pakistani scientist A.Q. Khan to secure Uranium and other dangerous substances in an effort to continue their nuclear programming.

In light of this previous history, Trump’s cabinet officials have warned the president of the possibility of yet another unsuccessful treaty and to plan accordingly. Nevertheless, skepticism– and cartooning–surrounding the upcoming events have continued to unfold as the month of May approaches. 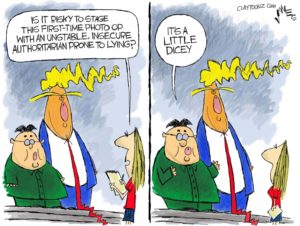 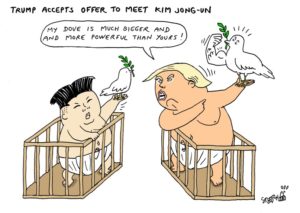 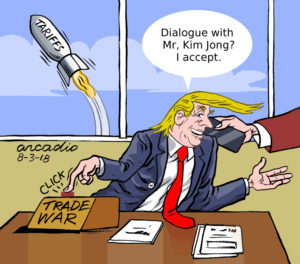 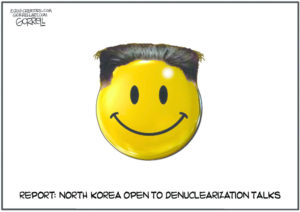 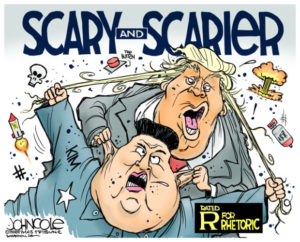 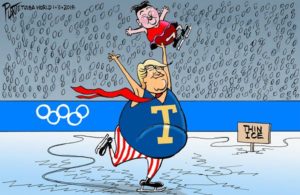