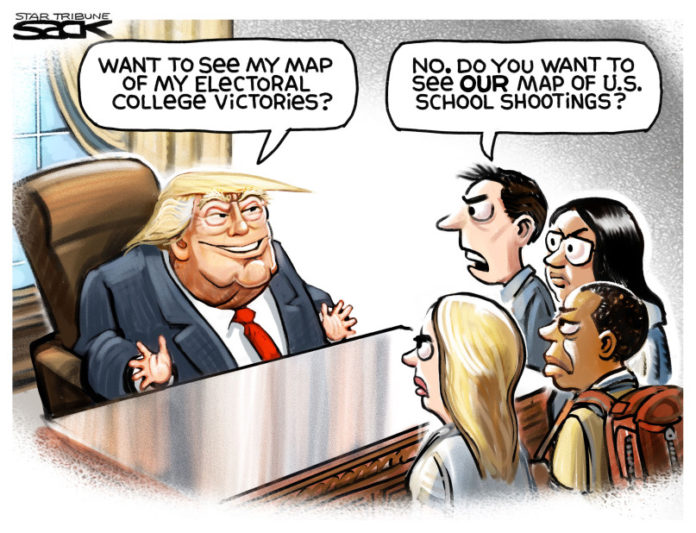 News outlets everywhere are swirling with contentious debate on current gun laws and the state of school safety across the country. On February 21, only days after the mass shooting at Marjory Stoneman Douglas High School, President Trump proposed that teachers should undergo weapon training, in order to subdue or kill a potential school shooter. Both Republicans and Democrats voiced extreme destain over the president’s proposition, stating that arming teachers poses yet another potential threat to the safety of school children and employees.

In the same breath, President Trump also made statements condemning the sale of guns to individuals under the age of 21, and calling for thorough background checks of prospective buyers. However whereas most would agree that gun sale should be properly vetted, many proponents of anti-gun laws are also wondering how all school teachers are expected to pass emotional and practical training, should Trump’s claims be taken at face value.

The presumptuous nature of Trump’s statements has brought on the BTW’s Top 5 political cartoons of the week. 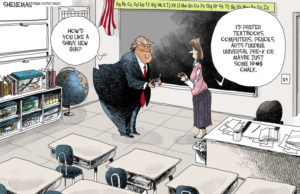 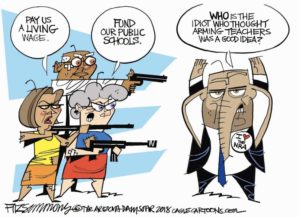 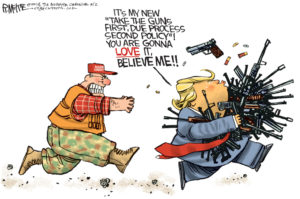 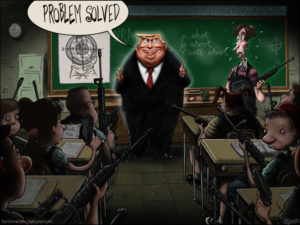 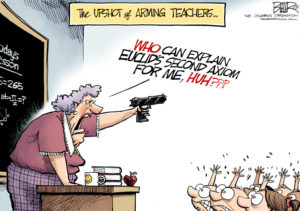 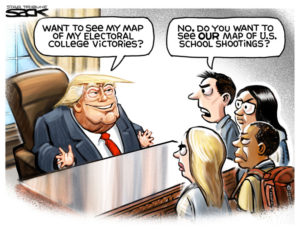